A house, ceramic, located in the surroundings of the city of Valencia between the sea and the mountains.

A “humble dwelling in extreme” that owes its shape to something that belong to it, the ceramic piece (240 x 115 x 90) in its natural and material state.

The privileged topographic situation, the rigorous compliance with the ordinances and a maximum economy of expression, are solved compositionally with a rectangular, clean and forceful volume. Outside, a porch to be outdoors that protects us from the sun, and a pool to cool off on a ceramic podium.

A house exposed to the climate and sovereign of the place. As simple as that.

Space is structure and structure configures space. Structure that, armed file by file, goes flat allowing the interior space to reveal itself to us aerial and light, without intermediate supports.

A world of eight equal spaces, made of orthogonal diaphragms that float naked above us and, curiously, transmit a certain idea of   lightness despite their more than evident material heaviness. This is a thick, dark ceramic plane that seems to be barely held by air that it compresses, just below.

The sliding panels divide the rooms while dissolving them in a unitary, continuous and horizontal interior. In this way, the space we inhabit, immaculate and painted in white, is confined between two ceramic worlds: the lower one that paves the space, and the upper one that delimits.

In turn, a contained, expressive and uncomplicated palette of materials gives strength and meaning. This organization of the material and the construction solutions adopted, try to prioritize an optimal passive behavior of the house and of great energy efficiency.

Above all, it is a house that claims the “artisan”, something that always alludes to a manual exercise, irrefubly analogical, in which technique is claimed against technology and in which the idea of “craft made” is recovered. 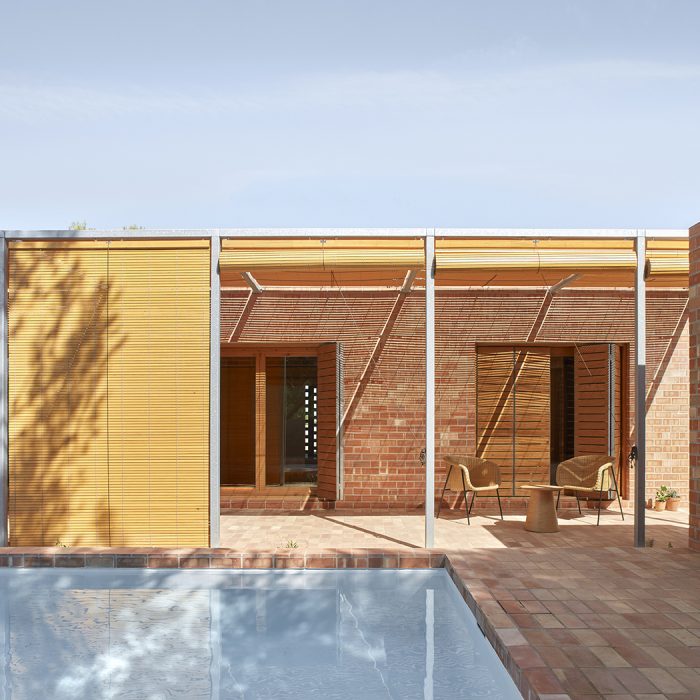 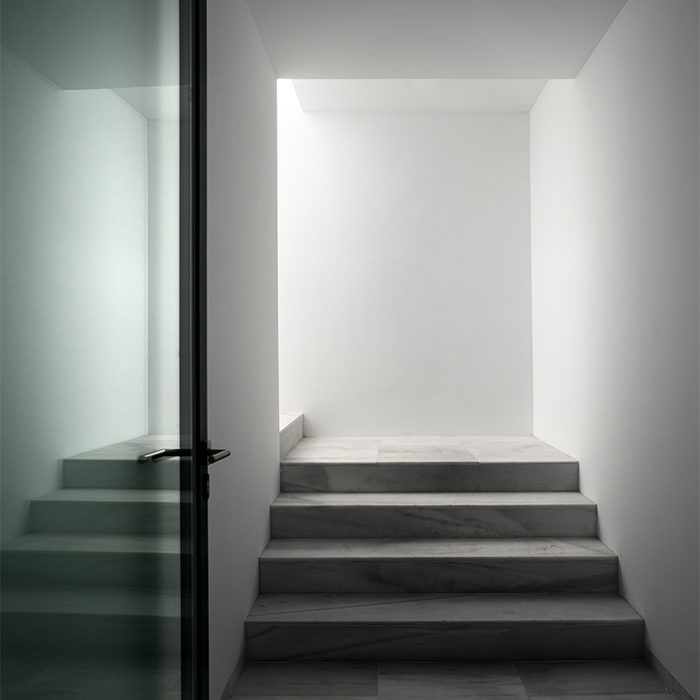 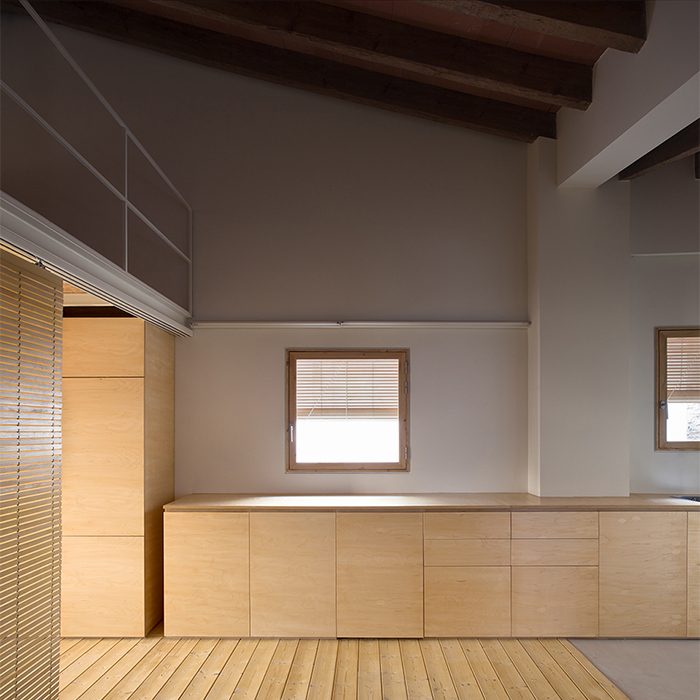 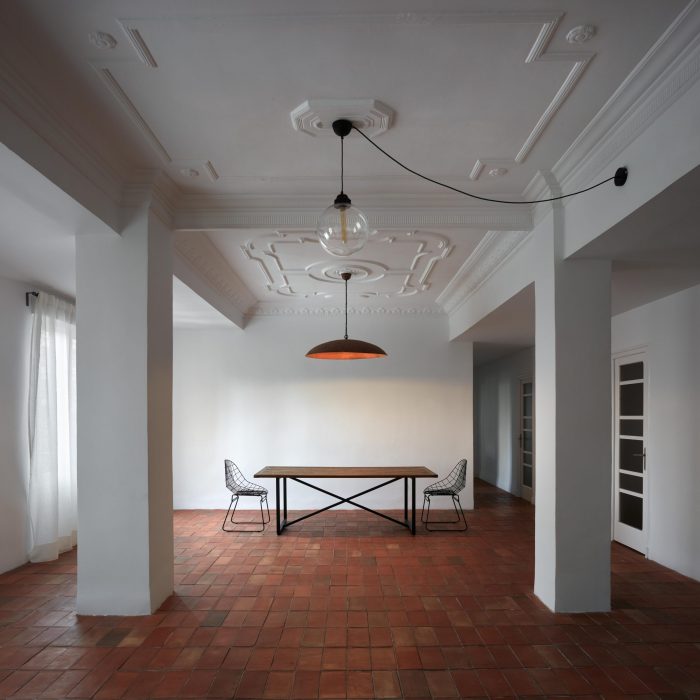 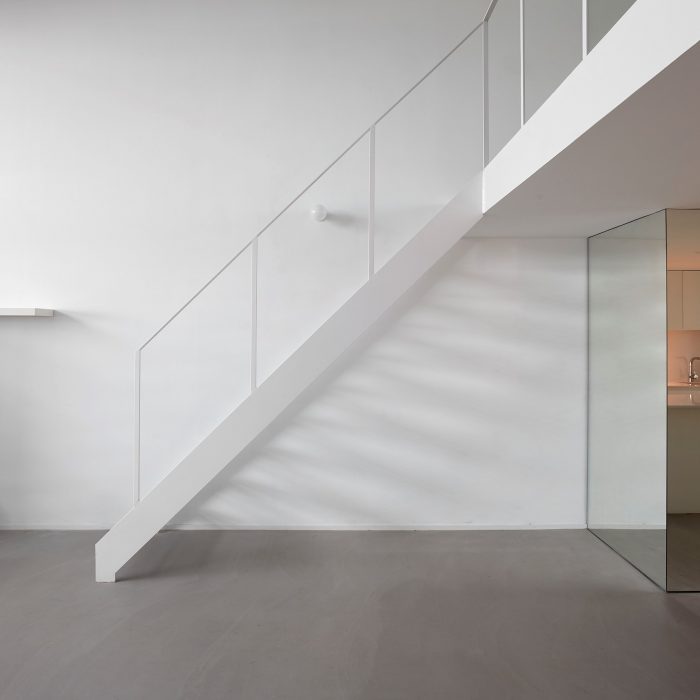 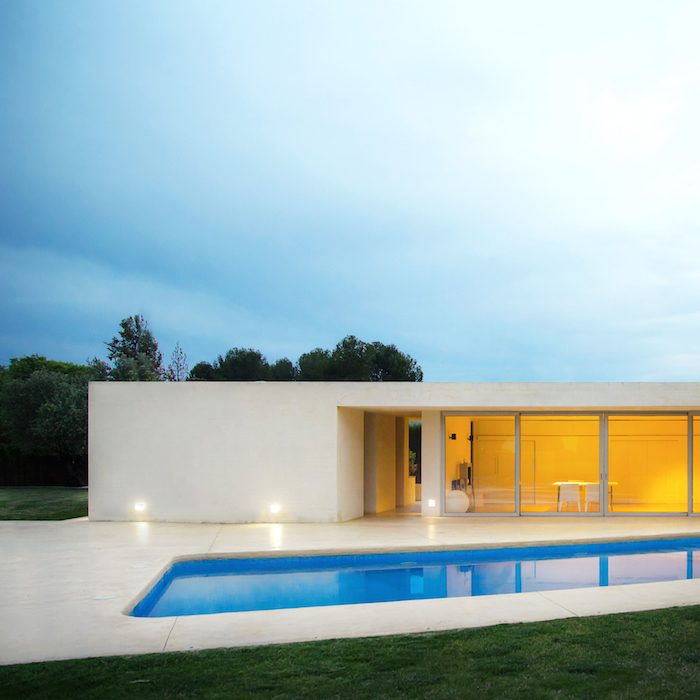 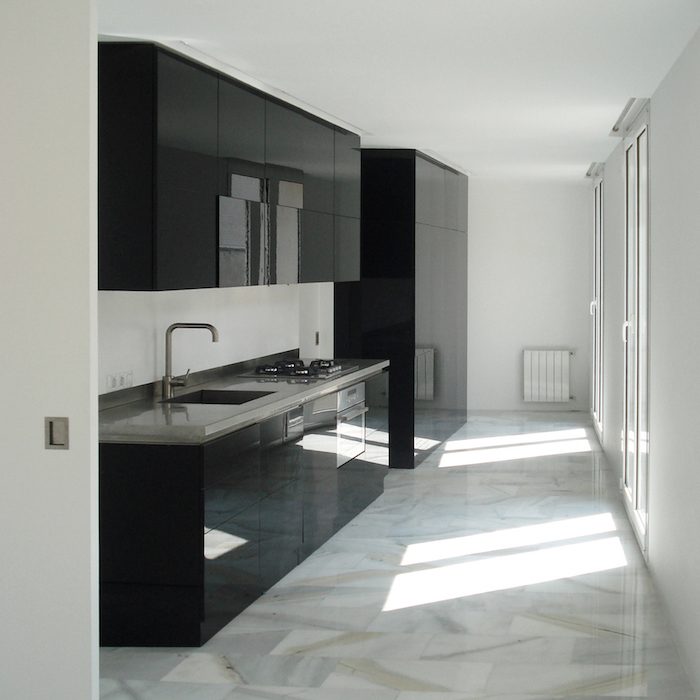 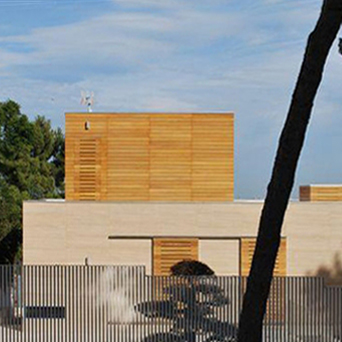 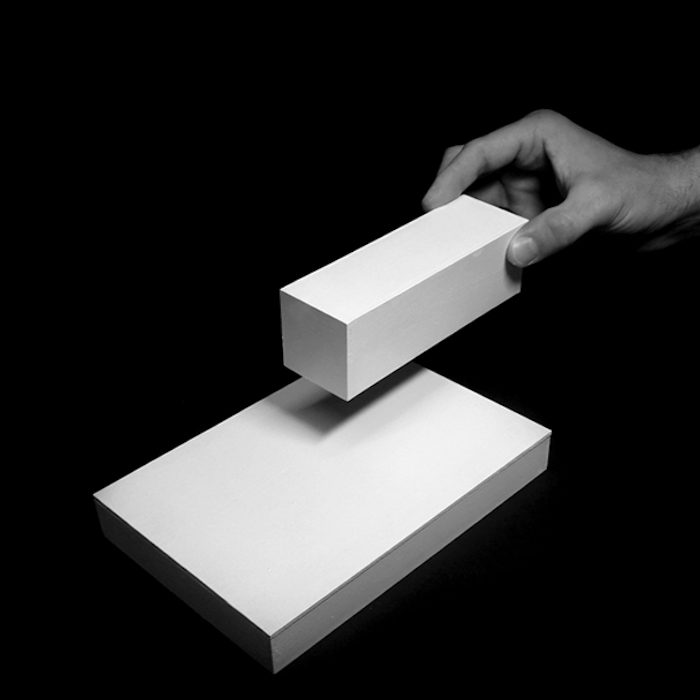 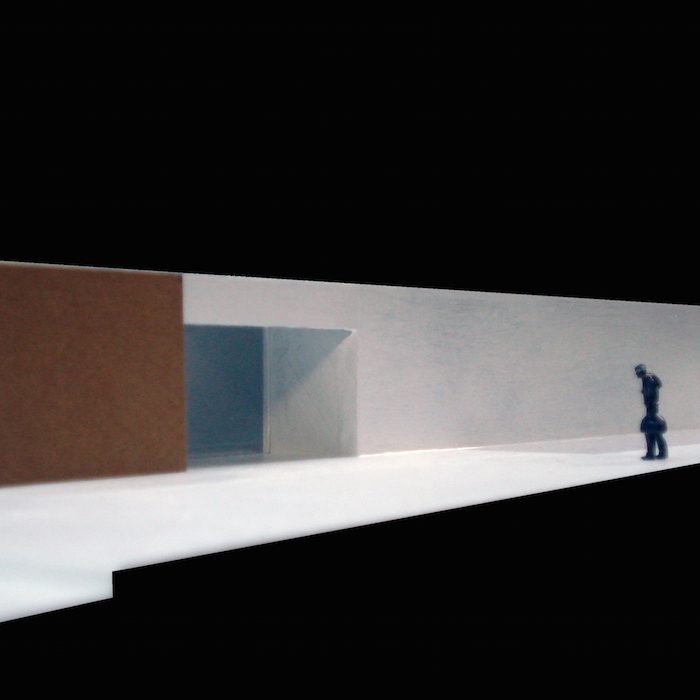 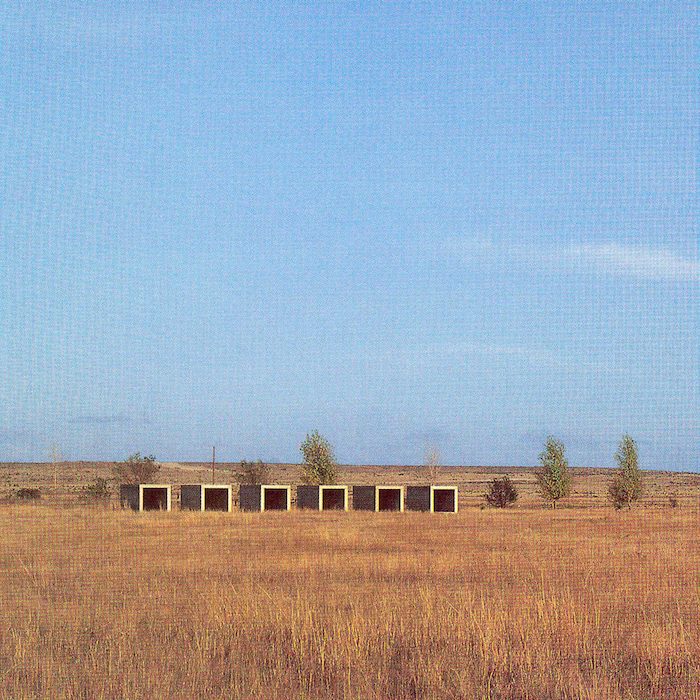